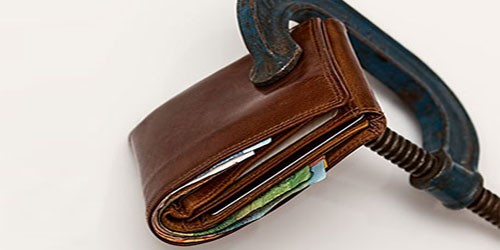 FN America, supplier of military-grade firearms world-wide, is happy to announce an updated SCAR 20S, now in 6.5 Creedmoor for 2020. The SCAR 20S is the long-range version of the SCAR rifle series, originally chambered for 7.62 NATO.

NORTH HAVEN, CT – Following the phenomenal success of the MC1sc™, Mossberg’s first semi-auto pistol in the company’s 100-year history, Mossberg is announcing the next in its series of feature-rich handguns: the MC2c (compact) 9mm pistol. Combining superior ergonomics, performance-driven features and an increased capacity with its double-stack magazines, makes the MC2c a great size for concealed carry or home protection. Five initial offerings will include two frame variants (standard and cross-bolt safety); choice of slide finishes (black DLC-finished or bead-blasted stainless steel); and optional TRUGLO® Tritium Pro™ Night sights. And all MC2c models come with 13-round flush and 15-round extended coated-steel magazines.

Kriss USA, the company behind the futuristic-looking Vector submachine gun, just announced a semi-automatic rimfire version for the American market. Kriss plans to demonstrate the new Vector at the 2020 SHOT Show later this month.

Six Strategies for Accurizing Your AR-15

An AR-15 is a relatively simple machine in the grand scheme of things. With only about 200 parts, the design can be assembled in less than two hours by anyone with a pin punch, hammer, and marginal intelligence.

A couple of years ago, SIG Sauer announced that the P220 chambered for 10mm would join the Legion family, and I was excited. The word was that it would follow the release pattern of DA/SA first, then the single-action-only (SAO) would come later. I opted to hold out for the SAO, figuring it would be a more interesting gun and because at the time I had just done a review of the P220 Legion in .45 ACP. Had I known it would take more than two years, I might not have made that choice. But – as they say – good things are worth the wait, and this new Legion pistol proves that old saying to be, once again – true.

MAUSER’S M18 RIFLE: Sub-MOA Accuracy in a Package Priced for the Masses

When the Mauser M18 rifle was first introduced last year, reactions were predictably split. Some hunters immediately rushed out to buy one while some of the more stodgy types among us declared, “That’s not a Mauser – it’s a push feed!”